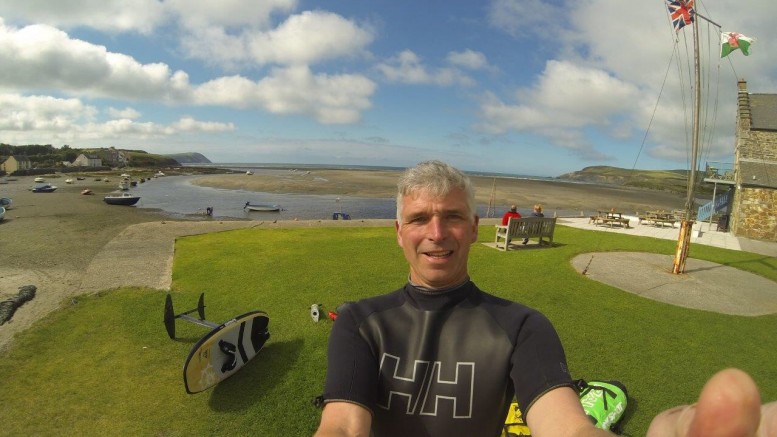 Having set up on the grass outside Newport Boat Club, I walked across the Nevern River and out to the sea on Newport Sands. The wind was in North (cross-on in NW facing beach) so kiting was broadly parallel to the gently curving beach. The sun beautifully set off the spectacular scenary of Dinas Head to the south, Morfa Head and the island Carigadewi in the north and the Mountian Carningli behind Newport Bay. 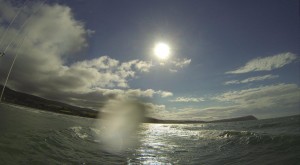 The wind had set up a 4 – 5 feet swell at one end, so I had to learn to adjust the hydrofoil trim by using subtle hip movements to keep a constant height above water while riding waves. Also, I found the it was best to keep the board flat to keep away from the wind, rather than canting it into the wind that makes it go upwind. Also flying the kite high is a great way to control power.